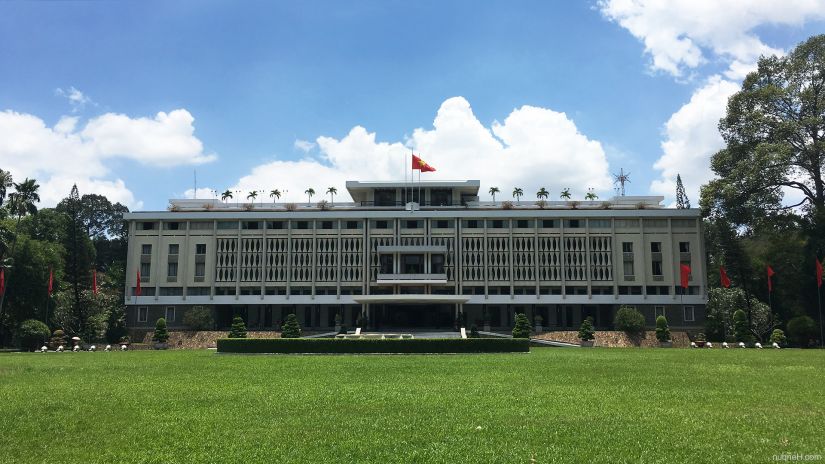 The most attractive croissant crab on the map of Ho Chi Minh City is nothing else but a park area of the Independence Palace. This is a historical building, a building-museum in the center of the city, with a rich history. This building passed several wars, was rebuild and now it is open to the tourists. I visited it and I liked it. Gonna share.

There is a time in the history when Vietnam was a colony of France. The French brought to Vietnam bloodshed, baguettes and Jesus. During this colonial age the French built a new palace on the site of an old wooden one, set their man there and named it Norodom Palace.

During the World War II the Japanese kicked the French out and took the building to themselves. But only for half a year. Then, after the second world war, the Vietnamese had communism and anti-communism, North Vietnam and South Vietnam, and the first president (in the south), who renamed the building into the “Independence Palace” and started to live there.

During the Vietnam War and this confrontation between North and South Vietnam, the palace was bombed. President was saved but the building was seriously damaged and it was nearly impossibly to fix. They decided to demolish the remains and build a new one. 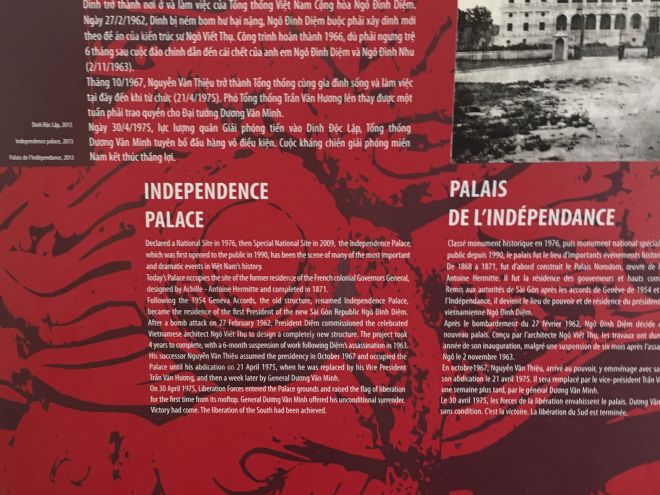 The new palace was built by a Vietnamese architect. During the construction president lived in the Gia Long Palace. A new palace wasn’t ready yet when new assassination attempt was made against him and it was successful this time. The construction was completed in the 66th and almost for ten years the building became the home and office of the military general, and later president of southern Vietnam Nguyen Van Thieu. And so now the Independence palace is a Museum about him and that time.

In the 75th soldiers of the north Vietnam bulldozed the gates of the palace on soviet tank and raised the flag of liberation on the roof of the palace. This became a symbol of the end of the war in Vietnam. Nguyen Van Thieu meanwhile fled to Taiwan and lived his life in emigration (UK, USA). The building was re-named into the Palace of Reunification (reunification of the north and south) and 25 years later was opened to tourists.

Well, first of all, it is a tank of course. It’s not exactly the same tank as on the picture above, but the same model. Repainted. Actually there was a two tanks, they say, and so there are also two of them at the museum park.

A warplane. The palace was bombed one more time, but it didn’t cause serious damage. Later, on the roof of the palace, we will see the red marks on the places where the bombs fell. And so this is the plane.

The park isn’t that big, and not too small. There is a nice gazebo, a few of epic trees that is numbered for some reason, of course, a hundred of parked cars everywhere. 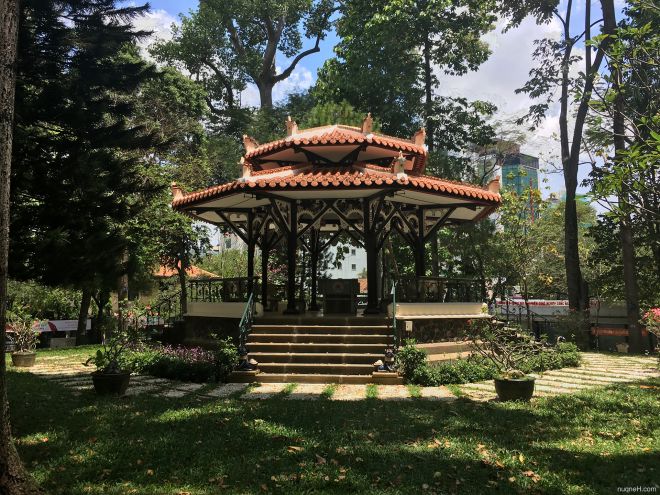 There is also my favorite Asian tree. A tree on which flowers grow! It smells so good.

If you come at the right time (the most burning time) you may find a group of Vietnamese women in national clothes: Ao dai and Non La. Nice. The photographer is a very stylish guy. He looks like a character from a Guilty Gear or something.

And back there is a children’s hospital. There is no reasons to go there, but playground on this side of the road is accessible.

The Palace of Independence is not a museum of things. The building itself is a museum. It is interesting to explore it inside. It’s like to play through the chapter of Silent Hill. You take the map at the entrance and go through the corridors, climb ladders and explore the rooms. Then onto the roof and, spoiler, into the bunker.

Atmosphere on the ground floor is kinda working atmosphere. There is all kind of meeting rooms and the banquet halls. Everything is formal, moderately luxurious. Just like the news on TV.

It is felt that Vietnam is the younger brother of the Soviet Union and Russia. I can’t remember much of Soviet Union time but I still feel it somehow.

I was also flashed back in my childhood. Just look at these corridors. It feels like mother will hold my hand now and take me to some strange room. She will talk to strange people and sign strange papers. And I will look and wonder at the chandeliers.

Or father will put me on his neck and we will go to kind of shopping center of that days. There will be a lot of strange people who will buy strange things from another strange people.

Maybe this is a pretty Russian things now. If you don’t get it you may try to remember these old James Bond movies. Someone on the interned said that this museum is a totally sixties and it’s a recall to James Bond.

Of course, president wasn’t the only one who worked there. It’s a big building. Up there, on the second floor there are rooms of other officials. For example, the vice-president’s office.

President’s private apartment, bedroom. You come to this part of the building and you hear sound of the fountain, you see the bright sunlight, a small garden. It feels like you stepped into another dimension. And this is exactly where I would like to live – I told myself.

On the higher floors there is the library, dining and game rooms, a cinema. And then something happened during my visit. Something that I really could not even imagine. It was a quiet tour – group of Chinese. Everyone was wearing headphones, a guide was talking using a microphone. Not just talking, he was whispering. An ASMR-orgy. You know, this is a very strange and a bit creepy feeling when you see a crowd of people, but you don’t hear a sounds. 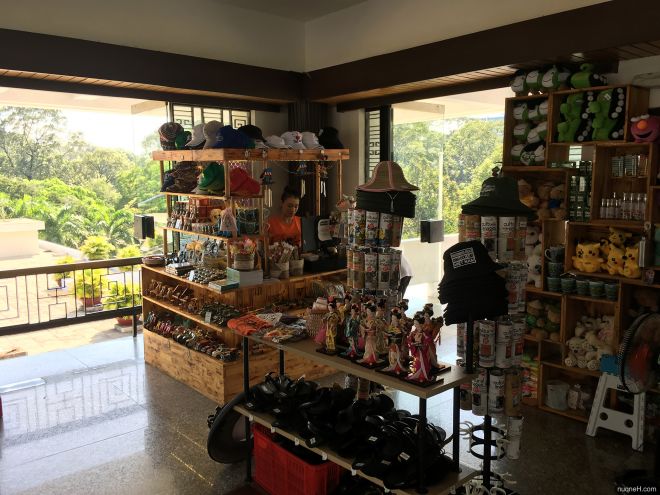 On the way to the bunker is another souvenir shop, a dining room and a shooting range. Are you still playing in Silent Hill? I do!

The bunker is the culmination. Firstly it is underground and this is something very unusual. Strange feeling, strange air, strange light. Secondly, this is a hideout. The president and his family were hiding from the bombs there. There is a lot of communication equipment, which, obviously, was once used.

Working atmosphere is set in the bunker offices. Not the working atmosphere that you have when you work on the computer in the open-space of the twenty-sixth floor of the shining building your company rent. This is the atmosphere in which people worked to survive. 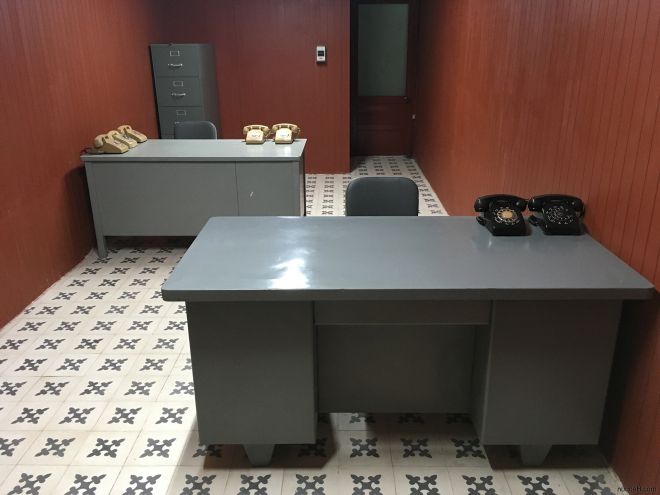 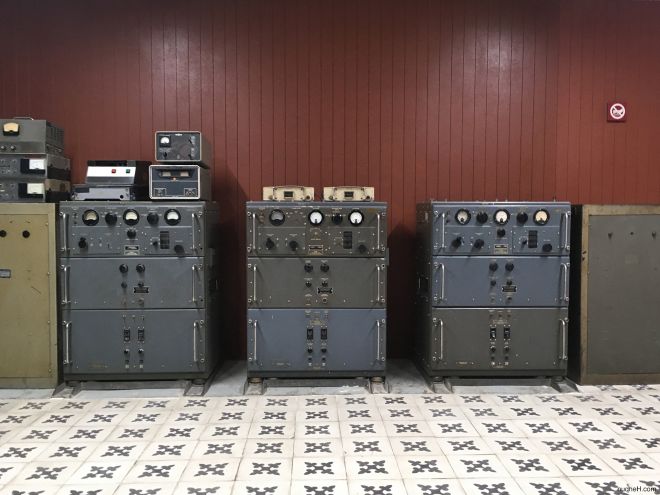 Well, if you are fan of old James Bond movies or you don’t wanna holiday in the sun, then you will find it interesting. 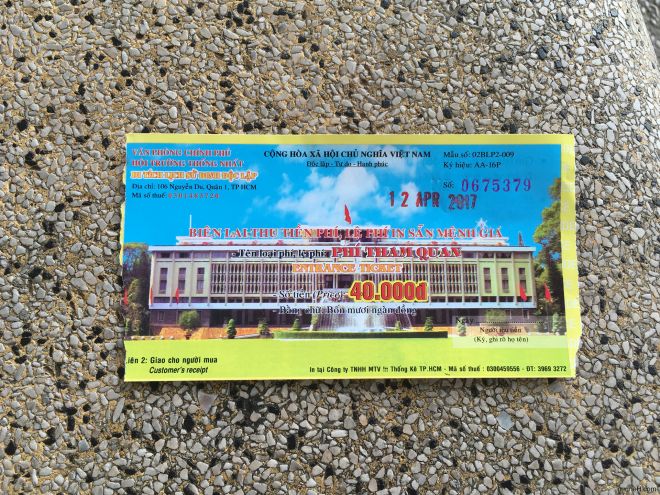