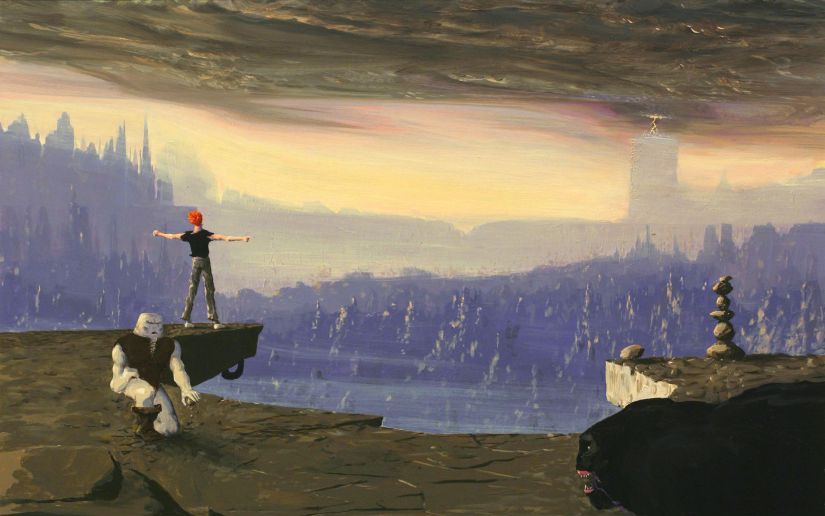 Played Another World. Liked. To be honest it is really cool and interesting, but more like going to a museum or the zoo. It is interesting to see how the games were made before and grumble that nobody works hard on them now. Blinding eye to the game shortcomings of course, appealing to it’s age. Epic game after all!

Éric Chahi – a french guy. He worked on the game for two years. In splendid isolation. The game was released at 91 under the logo of Delphine Software. It must be hit the chart back to that time. People still port and release Another World. Wikipedia counted 26 game systems. And I think here is two reasons of success. 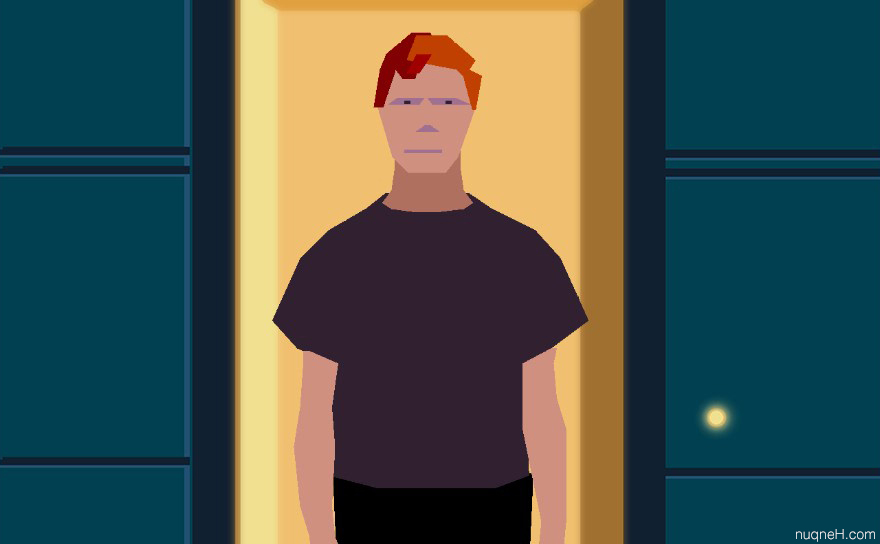 Tech things going first. Game presents like a movie. Revolutionary graphics. Looks so good – Mama don’t cry! The game begins with a very long movie scene showing a plot twist. I think it was a time when little revolution in a game dev happened quite often and this is differently one of them. So imagine how people watched it open-mouthed cause of coolness of the opening.

Things was really simple in platformers of that days: Green Hill Zone act 1 → Sonic has passed act 1. Another World is more like a movie! One location smoothly changes into another, rooms are unique, every time you see something new. And it is not about character who can only kill enemies jumping on them and that’s all. He even knows how to swim. 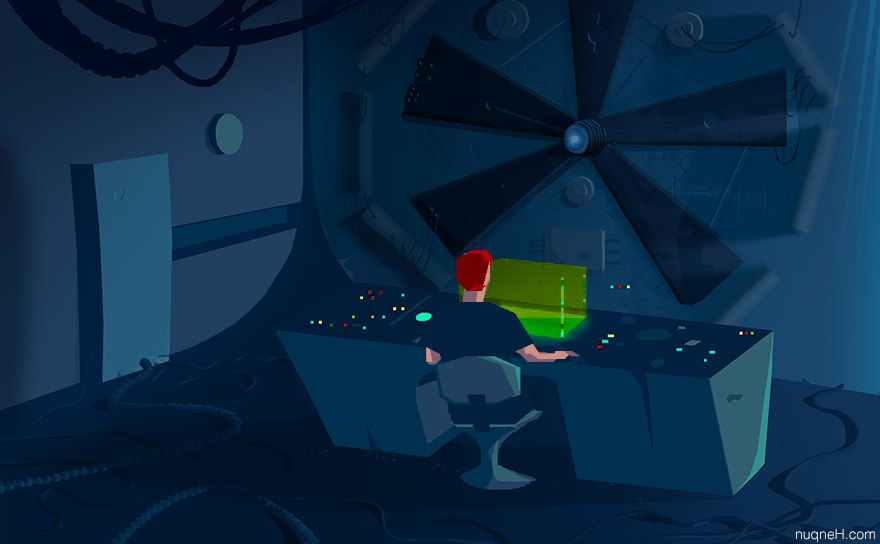 Secondly it is how things are mysterious in the Another World, fascinatingly. You are watching that intro, which took a half of development time as people say, lol, and protagonist suddenly dies. And you are like “is it a time to play?”. It’s time… And then “Gosh! I have a shield to use!”. Then “Oh, so that’s it, needed to destroy wiring”. And, of course “Wow, such a beautiful view!”. There is not a single note in a game. No indicators, menus, params. Gameplay only.

Hero, obviously, a physicist. His name is Lester. He goes to work on a sport car and he can deal with particle accelerator by himself. Guess what happens during the experiment. No, not a black hole. More trivial and typical for plot twists of that those times. Lightning strike! And game takes him to another world. There is hard labors and blasters in this world, gladiator fights and force fields. Seasoned physicist turns into wild man and learn how to survive. He makes a new friend and together they are trying to escape from the wildlife and the slave owners.

This world is interesting. It is beautiful and unpredictable. This game is a journey to get freedom in this world that we know nothing about.

I read a review in which author said that he took a look into a walkthrough couple of times. i told myself that the challenge accepted, and finished the game without walkthrough. Sometimes it was really boring. I got stuck too, many times. In modern puzzle games like Braid or Limbo it is clear what objects can be manipulated to solve the puzzles. Nothing is highlighted or detailed in Another World, nothing moves. Unremarkable piece of surface can be crushed by something else unremarkable. Couple of times I got stuck from right actions. It happens that things just doesn’t work from the first try and you forget about it trying to do something else. In the end, after several hours of pointless suffering you start to think about walkthrough.

You can’t lose in the game, but you can die. You have to die, very often. And checkpoints locations set so bad sometimes. Killed enemies respawn. Player have to deal with room he already finish, before he can start to think of the next room puzzle. And I don’t want to hear anything like: “We have become lazy with this present-day casual games with checkpoint and cut scenes at each corner”. It is different. 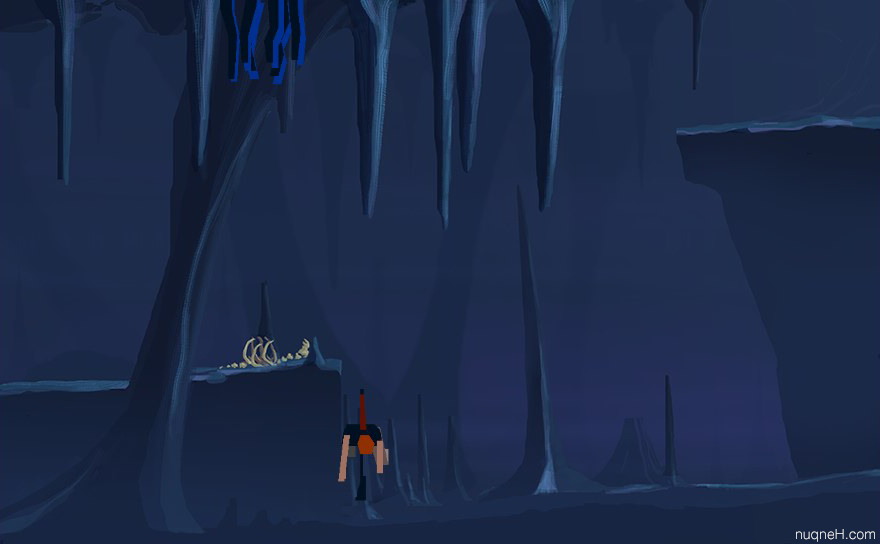 Another one disappointment that is how short this game. Theoretically, it is possible to finish Another World in 15 minutes. But thanks to this lovely puzzles it can takes 50 more times. This is not what I really want to get me involved. I would like to have more adventure or something.

And talking about the gameplay. This seems to be an action game, but gameplay is so slow that it is rather a turn-based battles game. Brain wants Lester run and jump, shoot and have fun but game offers to turn, make a step, then two steps, jump after that and finally shoot. Literally, as I write about it, with commas. And I would not say that this feature. It’s just a very weak and dull gameplay.

It is a name of last game release. I played on PS Vita, but it is also on all modern Play Stations, Nintendo systems and Xbox One. Also in Steam and for smartphones. This release is cool! They redraw all of pictures, refreshed animations, remastered music. but game wasn’t touched. All of screenshots above are exactly from this release. And below is a comparison with the original game. The Anniversary Edition can switch between graphic modes at any time by pressing triangle button.

Try it, carefully. It needs to understand a history of this game. This is a very old game, created by one person. Here is some really good things from one side and really bad things from another one.